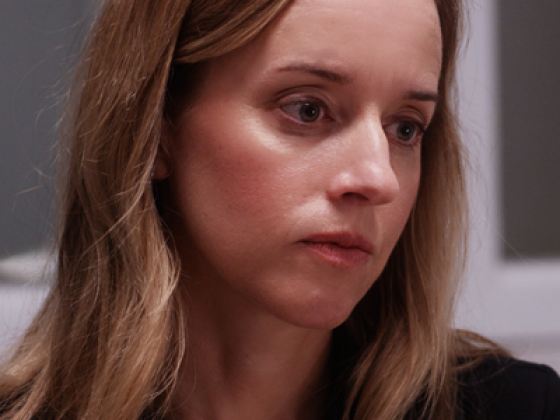 Exceptional Ability: no apparent trait currently. Eventually, she gains the ability to know when she is being telepathically observed, also known as telepathic sensitivity.

Exceptional Ability: no apparent trait currently. Eventually, she gains the ability to know when she is being telepathically observed, also known as telepathic sensitivity.

All work and no play. A very serious woman who takes her job seriously and believes it is her role to stamp out any perceived threat to the United States. Far from being “evil” she is a key antagonist to Brynne due in large part to her single (narrow) mindedness. She simply does not believe that Brynne can see the future and believes other motives are at play. Her first name, Cathryn, is never referenced in the dialogue of Part 1, nor does anyone she knows call her that — it’s just “A.D. Grant”.

At work, her department was asked to complete the Myers-Briggs test. Her result was an ISTJ. She follows the rules, but she is able to formulate some solid inductive theories when analyzing evidence and witnessing a crime scene. She’s also very effective at surrounding herself with competent people.

A.D. Grant is a workaholic. Her most natural environment is behind a desk and specifically behind her laptop screen. She had one long-term relationship years ago, but she still can’t fathom what the problem was. So she works a lot — don’t men like it when women have something to do and somewhere to be? Ultimately, interpersonal relationships insert an unpredictable element into a very carefully controlled lifestyle. Why bother?

Originally assigned to the F.B.I., A.D. Grant was re-assigned by choice to Homeland Security, although retained the ability to chose and utilize trusted agents from the F.B.I. to fulfill her missions, not the least of which is hunting down the Misra family, particularly their enigmatic leader, Nandan. The clever capture of Mardav Misra was a major victory.

A.D. Grant is deeply loyal to her agency and especially her team. When her team is attacked in Episode 5, she strikes back in force, like a queen bee sending out its swarm of drones to destroy the threat.

After capturing and interrogating another associate of the Misra family, her world-view is shaken. Can there really be people out there who can read minds and see the future? She’s a rational person. She’s a skeptical person. It takes some convincing, but she finally begins to believe it.

She is very disturbed to learn that telepathy is real, but she eventually learns that she can sense when her mind is being telepathically contacted. This causes her to implement an ingenious plan to thwart Brynne’s power; ingenious, but life-altering. A.D. Grant will not be a pawn in this game of telepaths. She’s no ordinary federal employee of the U.S. government!

“The evidence suggests that the longer individuals are exposed to telepathic powers, their own telepathic ability, however latent, may well improve, if they are already genetically predisposed to this mental trait. Even if they have no genetic propensity, they may indeed begin to sense when their mind is being contacted or invaded by telepathy. I am now incontrovertibly able to sense telepathic power.” — Dr. Morris