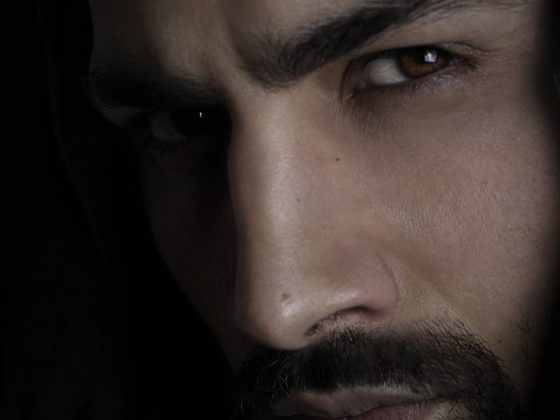 Raised on American action movies, especially Westerns, Behrokh Jarrah dreamed of becoming the fastest gun in the East, if not the world. By the age of 18, his considerable fast draw skill and nearly super-human reflexes took him to competitions away from his native Iran to places all over South Asia and the Middle East. While Persian gunslingers are somewhat rare, what he learned was even more rare was getting any meaningful (monetary) reward from his fast draw pursuits. After almost 10 years of this endeavor, he found that he could use a real income. During his soul searching about job searching, a contact from the Misra family approached him and told him about a way he could put his knowledge of guns and his fast reflexes to good use. It sounded reasonable.

Ten years after joining up with the Misra family, and 214 bodies later, he just keeps getting better at this job. What it lacks in fame, it makes up for in fortune, and Behrokh is a very rich, very skilled assassin. He also likes a good challenge, and since money isn’t as motivational anymore, a strong challenge can be very rewarding. Ok, money isn’t as motivational, but it’s still important.

He’s now in the United States. He likes “hunting” in the United States. He finds it’s easy to get quality guns in the U.S. and many of them — his guns are disposable. Once you shoot someone, it’s best to drop the gun and walk away. And to get guns in the U.S., all you need to be able to do is speak decent English and use the Internet. Knowledge of some Western film terminology is also helpful with the locals. And quality ammunition right over the counter at many stores? This must be what Native Americans referred to as the happy hunting ground!

A firm believer in the advantage chewing gum confers on him, he’s never without a stick when he’s working.

With Sandesh gone, his target is Rasada, one of Sandesh’s confidantes and someone the family believes may talk to Homeland Security. Next on the list is Brynne Vaness. She’s either going to be taking over for Sandesh or she’s going to be 216.

Measured results for reaction time consistently place Behrokh Jarrah’s in the 110ms to 130ms range which makes him the most consistent human being with regard to reaction time.

Though Dr. Morris did not study Behrokh, he was made aware of Behrokh’s case history by a colleague.