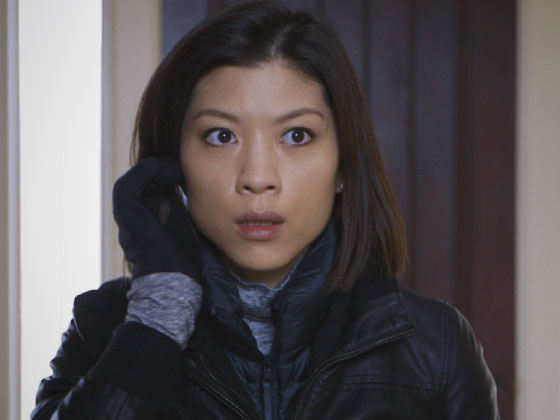 Bridget has lived most of her life wary of her telepathic ability. She comes from a family of telepaths: her mother Liu Lei and her identical twin sister Regina who also have medium abilities. From a very young age, Liu Lei had taught her and Regina that possessing such an advanced ability holds a certain amount responsibility – that they must use their ability ethically and cautiously.

Regina would listen to Liu Lei and was very much her mother’s daughter. Bridget, on the other hand, was the opposite. She had a more rebellious and stubborn attitude. Naturally, she loved using her ability to take shortcuts to get what she wanted– for anything and everything. Why not? If you have it, use it or lose it!

Born in Hong Kong in the 80s, when the city was still under British rule, Bridget and her sister were raised bilingually (English and Cantonese). They attended the best international schools. At one point, Liu Lei discovered that they were using their ability to cheat on exams. Liu Lei wanting to prevent them from becoming lazy with their studies, so then went on to place them in separate schools. Regina went on to excel in all her subjects, making straight A’s and becoming the head girl of her year – without cheating. Bridget, however, just became more creative with her cheating and was careful not to get caught again. She achieved the same results as Regina and she was proud that she didn’t have to sweat it like her sister. As adults, Regina went on to attend university at MIT’s best neuroscience program while Bridget decided to become a professional poker player.

Bridget and Regina were never competitive with each other and have a special bond. They have the same mannerisms, laugh the same and their voice and speech patterns are the same. You can’t tell them a part! Also, there wasn’t a thing they wouldn’t do for one another.

One day, during the final round of a world championship poker tournament, Bridget felt an extreme pang of panic and shortness of breath. This was unusual, as she wasn’t one to get anxious during game time – it’s always an easy win especially being able to read all the players’ minds to predict their moves. She ignored the nagging feeling and continued on to win the championship title. Still, afterwards, she still couldn’t shake off the uneasiness she felt. Bridget checks her phone and sees dozens of missed calls and messages from Liu Lei – “Regina is missing. Call me ASAP.”

Exceptional Ability: Proximal (short-range), observational telepathy, also commonly known as mind-reading. This is the most common and typical form of telepathy, however the strength exhibited by different individuals varies widely.