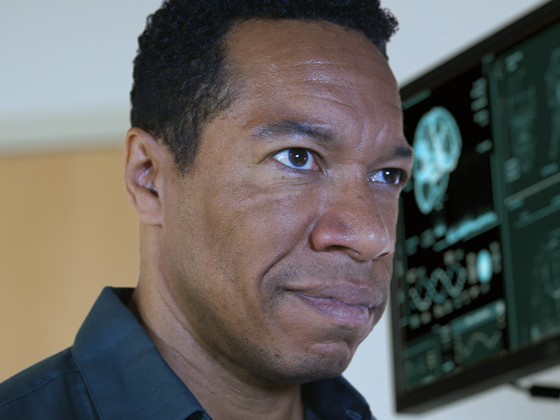 A genius, engineer, and die-hard anarchist, Erik has zero allegiances and many passports – each with different aliases. For the time being, he lives in Beijing in an apartment full of security cameras with his adorable pug, Brad. He’s been hired by China’s Scientific Research Steering Committee for a telepathy research project, but behind the scenes, he’s embezzling money as part of a larger plan to disrupt world economies. Erik can outsmart anyone, even the CIA; but despite making fast enemies with Rachel LaTour, an unexpected catastrophe involving an alien will eventually cause them to join forces.

Erik von Trapp, aka Erik Reiter, aka Eric Van Zell, aka Eric Hong, aka Jan Gantt, aka James Danvers, aka… well, the list goes on and even Erik von Trapp is likely an alias, too. He is an anarchist, no debate there. He is a freedom fighter, and humanity just doesn’t know he is their greatest ally. He is many different things, and it really depends on who you ask. Above all, he’s adaptable.

Very little is known about Erik as a child, but it is believed he was born in Canada. He then moved to Austria when he was a small child, then spent time in Denmark and Germany. Records indicate he received a Master’s degree in Engineering from RWTH Aachen University in Germany when he was 13 years old, and to this day, the youngest graduate of that prestigious university. And that was the last degree he received before deciding that the structure of the university system was too constrictive.

Between the age of 13 until well into his 40s, there is a significant gap in the record. Rumors place him in Sweden raising a family. Still others tell tales of him wandering through the deserts of Africa on hunting safaris with the Bedouins. One crazy rumor indicated he was learning the ways of the ascetics in India. A reliable first-hand account complete with one very out-of-focus picture is of him hiking the mountains between Bolivia and Chile when he was about 30 years old. Whatever the story, it’s clear that Erik’s past is much less relevant than his future.

In his 40s, he obtained an official post with the Communist Party of the People’s Republic of China to head of their cyber-security division and thwart outside intrusion. It’s believed that Erik was also instrumental in developing hacking technology. The Chinese position: the technology is only to test our network security. The American position: you are using that technology to hack the networks of other countries and companies. Erik’s position: if you have a technology, it’s important to test it out in many different, real-world scenarios.

Erik was also instrumental in developing banking and stock exchange software that helped ensure stability of the Chinese currency. The Chinese position: the software ensures proper tracking and reporting of the value of our currency. The American position: you are using that software to help manipulate the value of your currency and devalue it to increase the U.S. trade deficit with China. Erik’s position: it’s a very sophisticated system — lots of numbers — you wouldn’t really understand it.

By all accounts, Erik’s advice and assistance has been well received in China.

At the same time that Erik was working in China, he started, under the name James Danvers, a global non-profit organization, Population implosion Advocacy Agency, or nicknamed PiAA (pronounced like the Spanish dish, paella). Through both a newsletter and online blog, the group advocated the reversal of the world population explosion, or the movement that is referred to as negative population growth (NPG). Both to prevent destruction of the environment and reduce wars, most of which can be directly attributed to over-population, the Agency put forth some radical suggestions. Among these, allow nature to take its course and let plagues or other infectious outbreaks spread, especially to regions or areas where the people did not believe there was a problem or people avoided modern medicine because of religious beliefs. James Danvers was quoted in an interview on the BBC as saying “if people don’t immunize their children, let the children die. It will help remove mental deficiencies from the gene pool.” PiAA also put forth a belief that the Chinese population control system could be improved and should be exported to most large developed nations. Their most radical proposal indicated that having children shouldn’t be a right, nor should it be easy. All people should be sterilized at youth, then be required to pass a form of standardized test when they are at least 21 years old to be able to have the privilege to have children, and have that sterilization reversed only if they pass the test and could ensure they have the resources to raise a child. PiAA was a growing non-profit under Erik’s leadership.

But in actuality, PiAA was only a front organization that was created to launder money that Erik was siphoning off of national banking systems which is his real reason for working on banking software. But the purpose of hacking into banks isn’t to get rich — he already has great wealth — it’s to create a complex bug in the global banking network that will ultimately bring about the downfall of the global economy. He is, after all, an anarchist and that is his true goal.

Erik is fluent in multiple languages, including German, English, Mandarin Chinese, Spanish, French, Danish, and possibly others. Native speakers in those languages are impressed that Erik speaks with hardly an accent at all.

Most recently, Erik’s assignment with the Chinese government has changed and he has been moved to a highly classified research division, the SRSC. The Chinese government has learned that there are individuals in their population, at least three people that they know of, but conceivably more, who have unusual mental abilities. The SRSC have attempted to collect as much information as possible, but they have met road-blocks, partly from skepticism in their own government, partly from skepticism from other nations, but also because individuals with the powers are presumably keeping them a secret.

Among other things, the SRSC is attempting to learn about these powers, which include telepathy, but also they tasked Erik with studying and proposing means, whether technological or biological, to block the brain waves generated by their subjects to stop their telepathic ability.

Now, Erik is working with a woman, Liu Lei, who has telepathy and is in charge of the study. She has a daughter, Regina, who also has telepathy and is actively working for the Chinese government using her ability. The other subject with telepathy seems less than enthusiastic to be a participant in the study. Yan Jing spent years in a Chinese mental institution and was initially believed to be schizophrenic, but Liu Lei confirmed that he has telepathy, albeit he is unable to effectively filter out the “voices” he hears (which are actually the thoughts of people near him). Lei worked with him to train him how to use his ability and filter out the thoughts. It worked, although Jing’s participation in the research was not voluntary.

The Chinese government trained Jing to be a spy and he was sent on a covert mission to North Korea. Jing has gone missing and the Chinese believe he is planning to defect to the United States. Finding Jing has become a top priority for the Chinese and it has Lei concerned as well. Erik is unconcerned. He has a different agenda, which the Chinese will learn about soon enough.

Since telepathy operates from actively or passively directed brain waves, which in turn operate on measurable frequencies, there may be a way to enhance or replicate this ability through some form of technology.