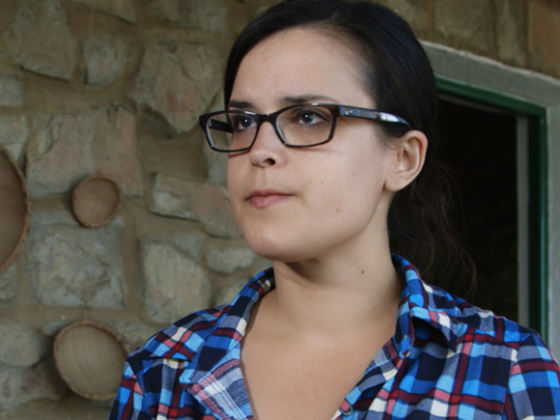 A glasses-wearing millennial who has overstayed her parents’ invitation to move back home, Marnie is lost. She has a power, but she doesn’t know what it is – something like telekinesis, but seemingly useless. But much more distressing is that her mother has been kidnapped and the authorities have found nothing. When new information surfaces, Marnie steals some cash and travels abroad to take the investigation into her own hands. It’s when she ropes former P.I. (and eventual love interest) Jeremy Garner into her chaos that she is finally able to recognize her true power: amplification.

Exceptional Ability: Unknown. She believes she has telekinesis, but realizes it’s not at all what she thinks it is.

Marnie’s real name is Margarita Renata Vega, but she prefers the nickname Marnie and has gone by it since her teens. She was born in Argentina, but her parents moved to Dallas, Texas when she was three years old. Her mother is Texan and her father a native of Argentina.

While she was in college and living in the dorms with her roommate, Victoria, she discovered something unusual about herself that would be a consistent source of anxiety and curiosity and that would alter the trajectory of her life goals.

One night, after a long alcohol induced rant about relationships with Victoria, Marnie drifted off in an uneasy sleep. When they woke up the next morning, her alarm clock and other items were strewn about the room, as though they had been scattered by someone. Victoria and Marnie blamed each other and to compound their irritation with each other, both of them had what they believed were massive and unprecedented hangovers.

This same phenomenon – small items in the room scattered about – happened again a month later. Then again two weeks after that, but the last time without any alcohol the night before, yet still with somewhat debilitating, though temporary, headaches. Again, they blamed each other, and their relationship, already at odds due to a mutual interest in the same man, deteriorated and Victoria moved out.

Marnie lived alone for the remainder of the semester and the following year. That next year, her cousin Brenda came to visit and it happened again. Brenda and Marnie woke up with massive headaches, and there were the small objects, scattered around the room. Brenda was convinced it was a ghost. Marnie didn’t know what to think, except that it had something to do with her.

After she graduated from college and found a decent job, the incidents of that stopped. She was still fascinated with what she thought might be a relationship between her, the headaches and the objects being moved around. Then she saw a documentary about telekinesis and other odd mind powers. The documentary included a man, Vyacheslav Wolanski, from Ukraine who purportedly could move objects with the power of his thoughts, but his telekinetic ability didn’t seem to function based on his control. It was random, but it produced powerful headaches. The documentary also examined other people who had similar abilities, but that man in the Ukraine seemed very convincing to her. The others in the film, not so much.

Then the odd experience happened one more time when she was spending the night with a boyfriend at the time. She realized it only happened when she was around other people and somehow affected them as well.

She knew she had to figure this out, and the best place to start was by contacting Vyacheslav.

My team and I have talked with hundreds of people who believe they have some kind of mental powers. The majority have no measurable or atypical mental abilities. We’ve never documented a case of telekinesis before. Anyone who claims to have such an ability should demonstrate it, otherwise, it’s best to remain skeptical.